A long and rough day

I had sort of a rough day. A was up for 3 hours in the middle of the night and then got up at her normal time, went all day, and didn't go till sleep till 9 tonight. So I am exhausted. And then I had to tell some friends no on a request that they asked me, and I felt like a bad friend but I just couldn't do it.


A couple of weeks ago, I kept their little boy (10 months) for a week while his dad was out of town as a favor, and well, A was not happy, had a difficult time, and we got nothing done homeschool wise, which made her miserable. She even told me she liked having him around occasionally, but not all the time. This was after she put a box over his head because she was tired of him being around. LOL (which I quickly took off and told her YOU CAN NOT JUST PUT A BOX ON SOMEONES HEAD WHEN YOU WANT THEM GONE. lol. Got to love 3 year olds, Anyway.... I told her that Friday that is was our last day keeping him and then on that Monday they called and wanted to know if I could keep him that day and well A was not feeling well, (that was the day she was running her low grade fever, when I blogged last week) and I had promised her Friday was our last day of doing it, so I said no.


Then this Sunday at church they asked if I could watch him every Thursday and Friday, and I was a little caught off guard because I hate telling people no, so I was honest and said A had a hard time with it and I would talk to her about it. Well tonight they called and wanted to know if I could keep him since tomorrow is Thursday and I had to tell them no. I felt bad, really bad as I really like them and I really like there little boy, but I just can't do it to A. I for one have never liked babysitting, even when I was a teenager and in fact often worried if I would like being a mom because I disliked babysitting so much. And well, A loves school, her schedule, and we just can't homeschool while I am babysitting. It doesn't work well. So after I told him no I couldn't but I wouldn't mind every once in a while, he asked if I could watch him this Friday afternoon, and I had to say no. And boy I fel awful, but that is A's library day. We are finally back to a regularly scheduled day and time at the library like we had in PA. Ansley has not had that in months and has missed it dearly. I couldn't do that to her. She even has it marked on her calender. Yall all remember how much we loved our library back in Pa and A made us go twice a week LOL, and the I hate Nana's library, they are mean story I blogged about while at my moms. How devestated she was that they wouldn't let her get a library card and check out books since we weren't residents....
Anyway, I am feeling awful because I hate saying no to people and especially friends and I am worried that they will be mad at me and not understand why I said no, because I no they needed someone to watch him. GAAH. Just a bad night.

So I was going to post pics of the science experienment we did this week and some other school related stuff but I think I will just post a few pics from our week instead....with science pics saved for another day :)


A Halloween Color by Number A did on Monday 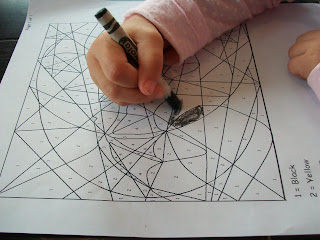 She had to write "A Colored it" on the bottom, but she later decided to cut that off and we made a frame for it and it is hanging in her room LOL 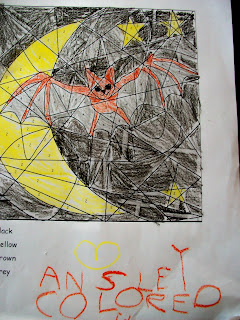 And this afternoon, we looked out the window, and WOW. Look at this guy. He was not 3 feet from us. Majestic isn't he! 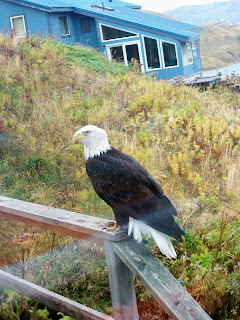 Alright, off to bed and hoping for a good night to night.

Joyful Learner said…
I love the note she wrote on the bottom of her picture!

It's hard saying no. I used to have a hard time too until I was spread so thin, I needed a friend to tell me I was wearing too many hats and needed to take some off! I've learned that part of learning to be happy is giving of yourself but also knowing when to draw the boundaries. Sometimes when you say no, it may open an opportunity for others to step in. Maybe a babysitter looking for work?