Books A read this week

This week we kind of took it easy, since we were both majorly sleep deprived LOL. We went to the library twice and we both read a lot. Quite a range this week too.


A read a great many books completely on her own, including several middle of the night reads while I laid in her bed trying to catch at least a little sleep. Her reading fluency is amazing me. I think she has jumped several more months again. In the beginning of September, we tested and she was on a 2.6 reading level. We tested again beginning of October, and she was on a 3.1 grade reading level! I have no doubt she is now mid 3rd now. Just blowing me away. 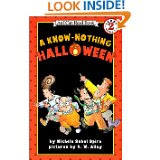 A Know-Nothing Halloween....not sure if you are familiar with the Know-Nothing series. It's a little too corny and foolish to me, but A seemed to enjoy it. I love hearing her laugh out load when she reads.... "he he he , that's silly." was heard quite often from her direction as she read this book. 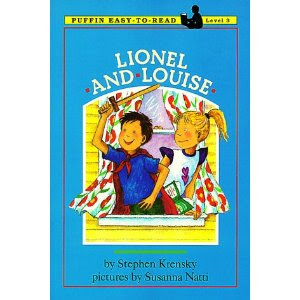 This is a great beginning chapter book. Its main characters are Lionel and his older sister Louise. Lionel "saves" her from dragons, while she tries to enjoy some alone time in her room LOL. They head to the beach, go camping, and when Louise brings muddy footprints into the house, Lionel helps her clean up, but she probably won't be asking for his help again anytime soon. Ansley read a chapter a night to dad.


The Monster in The Sea
This is a great book that A was able to read completely on her own. According to scholastic grade level widget which can be found here, the reading grade level is 2.8. It is a wonderful story of a Princess who lives in a kingdom where everyone is afraid of strangers and the outside world. One day a fisherman saw a monster in the sea, and thus the king ordered the princess to stay away from the sea, the people stopped fishing, and the town became silent. The princess longed to see the world and discover new things, so she set off to the see, where she quickly discovered the monster was not a monster at all, but a man in a strange suit she had never seen....a wetsuit LOL. His ship had broken down. She took him to town and his ship was repaired. They of course feel in love and married, and they left her island and explored the world together. Returning to visit her father the king quite often.

Benny and Penny in Just Pretend 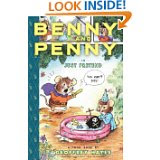 This is a great introduction to comic books and stories. It is written in comic book form and details the day of a mouse brother and sister, Benny, the eldes,t is wrapped up in a game of pirates when Penny comes along in her princess dress wanting to play. Of course she annoys Benny and he says some very harsh words to her...yet in the end, he learns a very important lesson. I am going to have to see if our library has anymore in this series, and if not I may be ordering these.

Henry and Mudge and the Bedtime Thumps 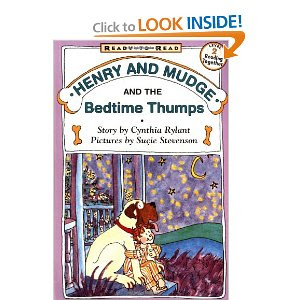 A has been reading the Henry and Mudge books for quite some time now....we own all of them, but since she was getting up in the middle of the night well, she read some again. I love this one. It is actually one of my favorites. A trip to grandmother's house, nerves, and some bedtime noises and a pesky moth, all make for an exciting read for a child who is now reading independently. 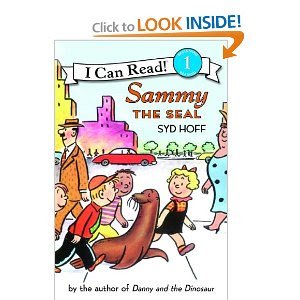 Another re-read here...another middle of the nighter to be precise, but A has always loved this classic tale of a seal who decides to see what life outside the zoo is like, and his adventures around town and in school. I had the joy of half listening to this one as I tried to sleep at 3 am one morning LOL.

The Magic Tree House
Mummies in the Morning 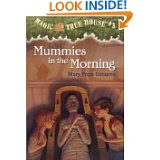 A loves the Magic Tree House Series. Jack and Annie, a brother and sister travel to different time periods through books they found in an old tree house. Each book also has its own non-fiction counter part, which she also loves since she is my fact girl. Often she asks for "a fact book mom, not one with a story, just with the facts" LOL
We reread the book that stated her Egypt obsession....
Mummies Made in Egypt 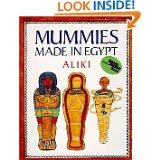 I highly recommend this book for a non-fiction introduction to Ancient Egypt. We picked this book up at a used book store in LA for 99cents. Ansley has had me read it to her over a hundred times since then. LOL.
Other books we read this week included.....
The Wild World of the Future- A story of not just evolution, but of how animals today might evolve in the future. This is a very LONG and DETAILED book, but A is absolutely fascinated by it. My head hurts from all her questions, but man she loves it. I think I may have to buy this one to have on hand.
It's Back to School We Go: First Day Stories from Around the World- The title pretty much says it all. LOL. It follows 7 kids from around the world on their first day of school.
Molly's Magic- A cute book about a pig who triumphs over unfair treatment to help the boy she loves and his family.
Don't Bump the Glump- A collection of Shel Silverstein poems
Picasso and the Girl with a Ponytail- A saw this in the library and it is a great introduction to Pablo Picasso and his works. It appears it is a series, and I need to see if our library carries any others.
And of course a whole slew of other books that we reread for the millionth time from our home library. We reread 3 times this week, Magic School Bus Inside the Human Body LOL. And to many others to list.
Last night sleeping went better and I am praying that we can have a good weekend and next week. We have plans to make a mummified apple on Monday, and build a pyramid out of sugar cubes sometimes this week, as well as make a skeleton out of pasta. A fun, but busy week that needs lots of good sleep LOL.

Natalie PlanetSmarty said…
Thanks for joining WMCIR! Ainsley definitely read a lot of great books this week. I have to bookmark the whole post to look up some of the titles, but Benny Penny and The Wild World of the Future sound very interesting and probably will be well received here.
October 25, 2010 at 5:42 AM