Ah, some pretty good weather this weekend after Thanksgiving...well at least not to much rain or wind LOL. Friday DH has to work, but A and I headed to the Church for the only Black Friday sale on the island LOL. It is a huge second blessings yard sale. And we scored. I will have to take pics to post of all our things, but we hit the jackpot on dress up clothes, found a treasure chest for A like she had been wanting, a ton of books, and The Learning Tower that I had always wanted to purchase but could never justify spending $250 on. All of this was donation only :0!

Anyway...on Saturday we headed out to what might be our last drive out to Summers Bay of the winter. As you can see it was cloudy and foggy, but no rain...so yea! 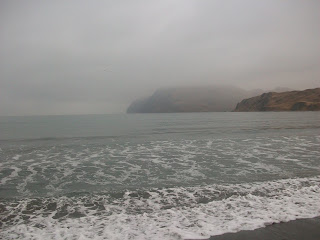 A and dad found a crab leg washed up and A so wanted to take it home and cook it LOL. She didn't know that the next day she would have a chance to really bring some crab home. 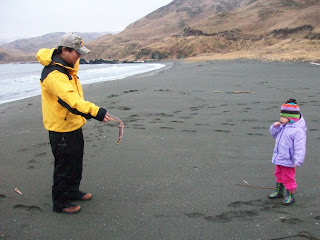 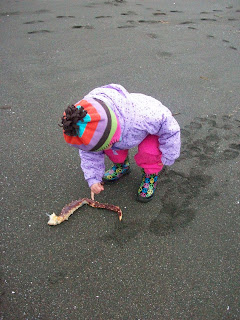 We saw a ton of seals out playing. The water was calm and I just wish my camera could zoom better. These were the best pics I could get. But you can see the head bobbing up above the water. 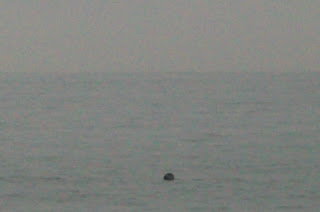 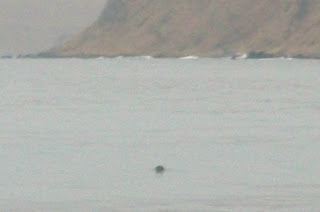 Unfortunately A decided to play on some rocks and slipped and really busted her lip. There was blood everywhere and it scared me to death. She was pretty brave. It swoll up awfully, but she was a trooper. Today was still a bit swollen and a little black and blue. But she says it doesn't hurt anymore.

DH has started playing hockey with a group of guys here twice a week and A and I went to watch Sat. This rink is actually on the second flour of a warehouse. It's pretty cool. 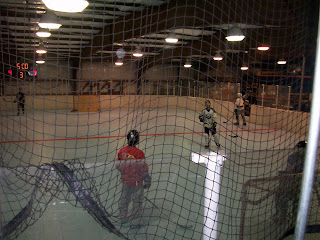 On Sunday one of the guys Dh plays hockey with called and asked if he wanted to go crabbing. He called us on his way back and asked if we wanted to come out to the warehouse and watch them clean the crabs. A had a blast and well, there is truly nothing better then fresh crab that came out of the Bering Sea a mere hour ago. YUMMMMMMM! We now have some fresh crab in our freezer. DH had an amazing time. If you have ever seen Deadliest catch, Dh said it was just the same, but on a smaller scale. And yes, I have finally seen the show, and recognized quite a few guys from around town (seen them in the grocery store LOL) and have seen the boats docked. 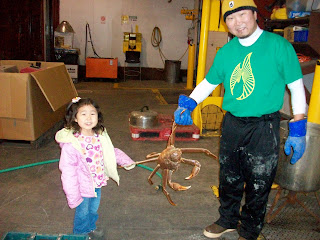 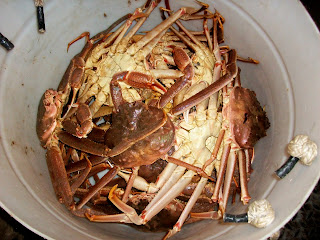 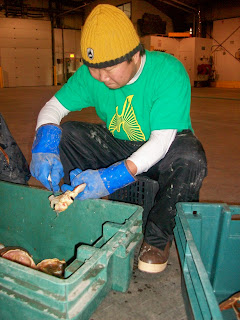 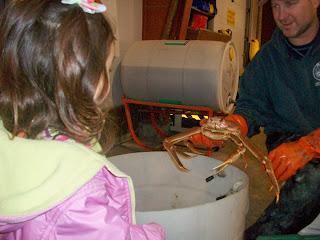 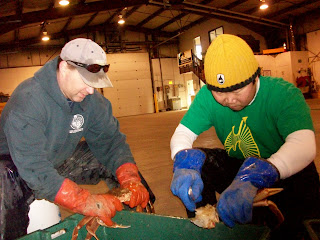 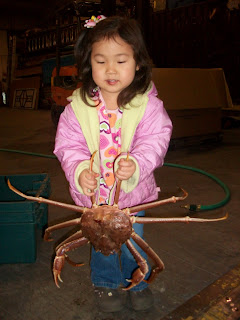 Into the pot they go! 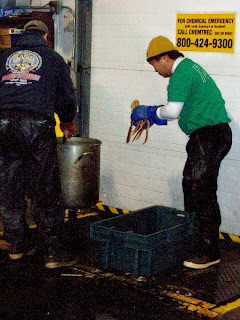 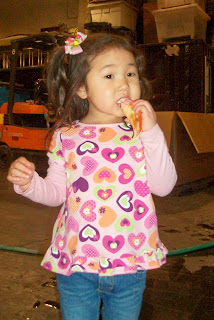 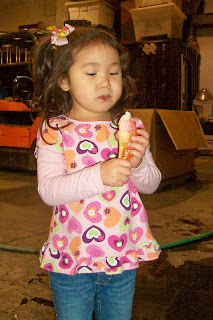