It's been a busy and somewhat interesting week so far. Monday A was in a bad mood and I was fed up. I decided we both needed some space and headed into my bedroom to read. A came in and asked me if Bella's snout was bigger than it was yesterday.

Here is her normal sweet face. 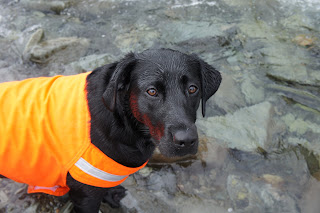 And here is what her face looked like when A brought it to my attention. 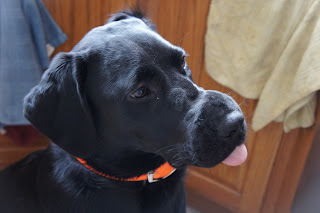 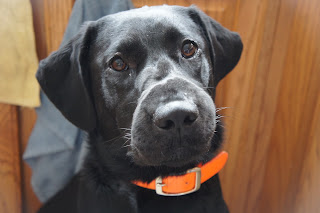 I called the clinic (we don't have a vet here, so the clinic treats animals in an emergency) and I was told to give benadryl. I did but she continued swelling. By 8pm, this is what my poor Bella looked like. I called the doc I had spoken to before but couldn't get a hold of her. I headed downstairs to my PA neighbor who was actually on call that night. She called the emergency vet in Anchorage and then headed over to the clinic for some prednisone. 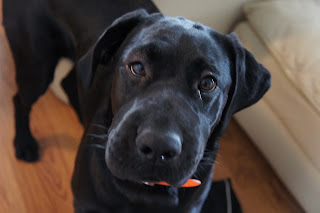 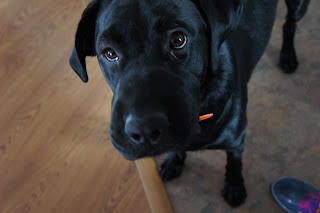 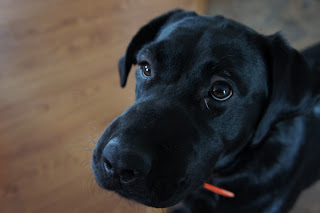 The steroid really helped. She was still swelling and hiving somewhat Tuesday and had another dose. It upset her tummy though and she threw up all day. Wednesday she was only slightly hiving and I just gave benadryl. Right now she looks like she is back to her normal self. Poor baby looked so funny and she itched something crazy I am sure. I promised her she could stay in until she was back to normal so the other doggie kids in the neighborhood wouldn't laugh at her LOL.

We really have no clue what caused this. She could have been bitten by a spider or a bee, but it was raining and nasty and she was only out on a leash with me for quick walks. It could be an allergic reaction to a plant outside that she stuck her nose in, or maybe something she ate. A did drop a few cherries and a strawberry on the ground at lunch Bella ate them, so maybe she is allergic to those. Honestly we have no clue. It was pretty scary though and I am so glad she is doing better.