Our Rainbow and Our Weekend

We had a beautiful blessing today from our Lord! It had been an overcast day and then suddenly the sky over our house opened up. A and I were playing in the kitchen when I just happened to glance out the window and beheld this sight! It was the most amazing rainbow I had ever seen. I could see it touching the ground at both ends. It was so close to the house too! The pics don't do it justice, but here are a few I snapped. It lasted for close to 45 mins! 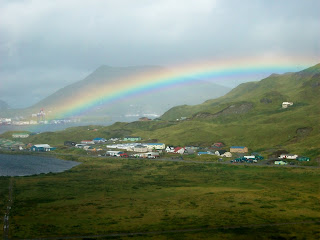 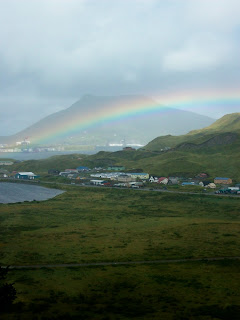 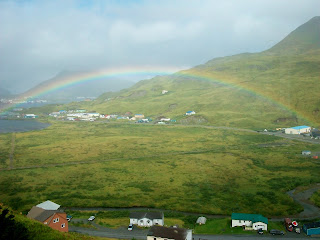 This morning I over slept the alarm and we missed church :( But we ended up taking a walk in the tundra and went berry picking (I gathered another 14 cups of blueberries today that I need to put up tomorrow) Anyway...the land here is riddled with the scars from WWII, from concrete bunkers, old dilapidated buildings, bomb holes, and trenches....we came across some pretty neat trenches today and I snapped this pic of A and DH in the trench. A is forever asking me to tell the story of "how long long long ago before you and daddy were born there was a war here." 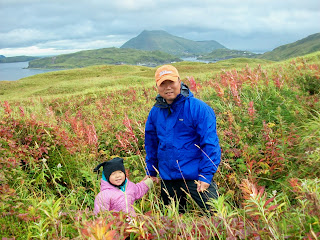 A and Dad worked on this pyramid today with her blocks and she was not satisfied with the results unfortunately. She wanted it to look like the ones in her books. I told her it did, it was like the step pyramids, but alas, she did not want a step pyramid she said. She wanted a smooth sided one. LOL. Too bad kiddo, we just don't have the blocks for that type dad told her. 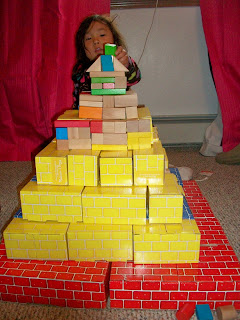 We spent the afternoon as a family playing a game of monopoly junior.....somehow A managed to beat the pants off us...ending up with $64, and me in 2nd with a measly $13 LMAO. We still can't figure out how that happened, but I know she had a strategy because she didn't buy every square she landed on. 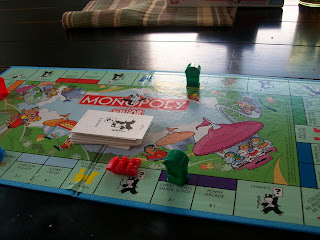 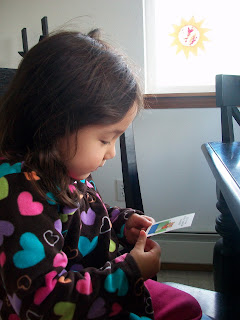 After the rain bow, the sky cleared and the sun shone! So out we went to play some ball. 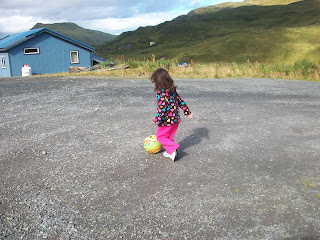 It was a beautiful weekend with my family. I am so blessed.

Joyful Learner said…
The rainbow looks beautiful from the photos. I'm sure you know this already but Ansley's thinking skills are exceptional! You can tell so much from even simple things like playing with blocks!
September 20, 2010 at 1:48 AM