Today was a great day. This morning we woke up and the fog from last night had set in. Honestly you could not see 50 feet in front of you. But by lunch it had begun to lift and the sun peaked out. We decided to head out to Humpty's cove to do some salmon fishing and berry picking. On the way out and back we must have seen over a dozen bald eagles. I got this shot of one from the car window. 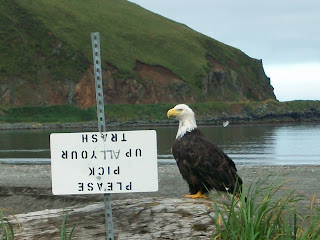 While DH did not catch any fish, A and I had a blast exploring the cove. We found starfish! I had never seen one in the wild before. There were hundreds. We took some home to dry and A wants to send some to Nana and Memom and PopPop. I'll have to pack those very carefully to ship. 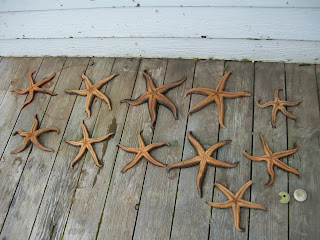 Dinner tonight was entirely from scratch! I am so pleased with myself. I made ham and white bean soup...which is one of my favorite and easiest soups I make, and then at the last minute I decided to try my hand at some from scratch Cheddar drop biscuits. They turned out great and were so yummy. 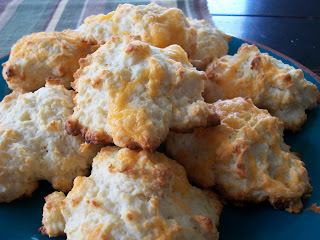 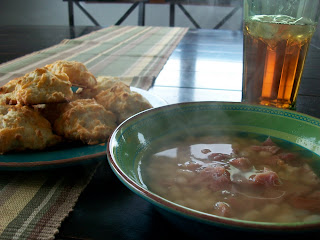 After dinner we headed to the park to play and A had a blast. 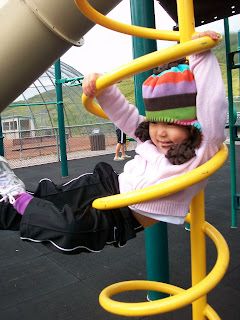 We came home and I made a blueberry apple crisp using the blueberry pie filling that I canned last week. It was delicious....and very inexpensive since the main ingredients were foraged! So scrumptious! 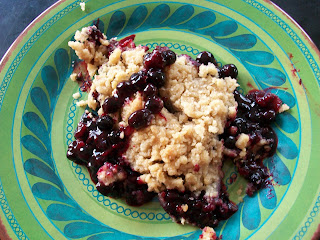 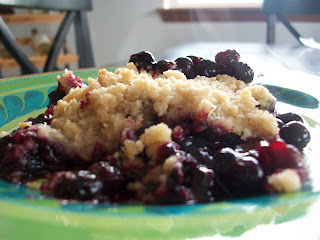 Tomorrow morning we are going to church, then home for some left over bean soup. We are then going to make an appearance at a BBQ on the beach that is being held for two of DH's colleagues who are leaving and hopefully after that we can head out to Pyramid Peak and pick some more salmonberries. I would like to make a salmonberry pie filling to can. YUM!
Labels: Family healthy/natural living nature play