You may have noticed that I didn't get a chance to blog this week. By the time evening rolled around, I was exhausted and basically fell into bed. On our island, childcare is hard to come by, and people try to help each other out in times of need. My friend's daughter is in Kindy this year and her afternoon babysitter went out of town, so this week A and I headed to the school every afternoon at 2:30 and picked up L.

L is a sweetheart, and a bundle of energy. Between A and her I never stopped, but it was a lot of fun. Thursday was a rainy and dismal day. A and L had both been cooped up inside and there was no sign of the rain and wind letting up and giving them a chance to blow of some stem outside so I needed to come up with some solutions to keep them occupied. A and I figured since it was raining outside, we might as well experiment with water.

We picked up a Magic School bus video at the library and watched Ms. Frizzles class evaporate and become part of the water cycle. Then we got down to business and started experimenting.

Here we are finding out what happens when a cloud becomes to heavy.... 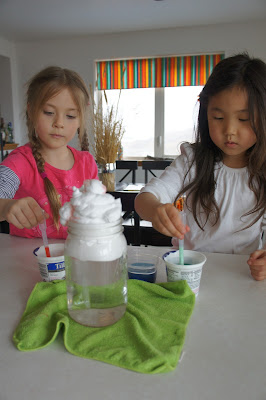 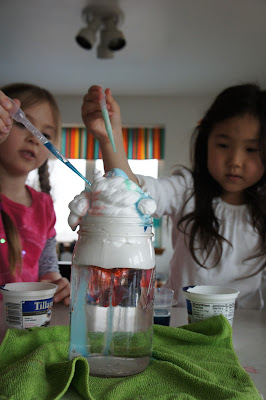 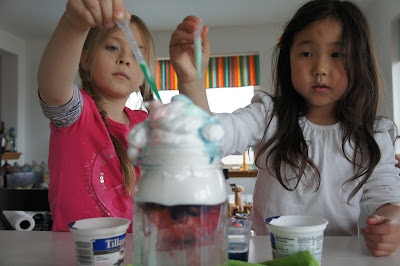 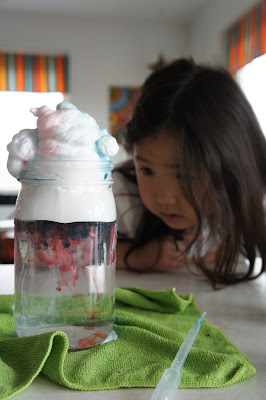 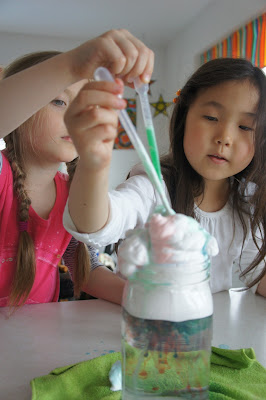 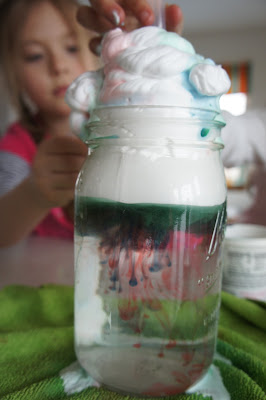 Next we heated water to boiling, poured it in a jar and put a bowl on top. The heat caused the water to evaporate and the bowl trapped this water vapor inside the jar. Adding ice to the bowl caused the air to cool, the water to condense, and poof...we made it rain INSIDE! 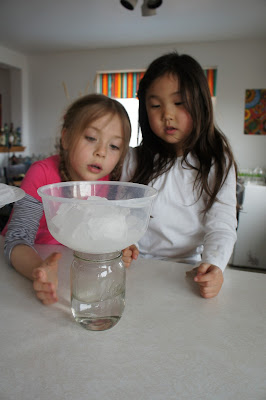 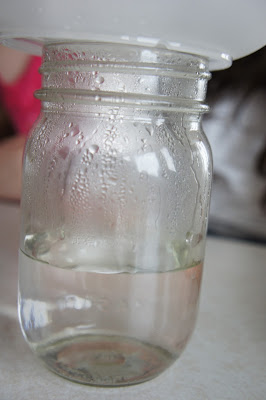 That was all I had planned but the girls were not done. They were begging for another experiment, so I pulled out another jar, and we made a density tower.

The layers are honey, corn syrup, dawn soap, water, and vegetable oil. The girls thought the tower of colors were "really cool" 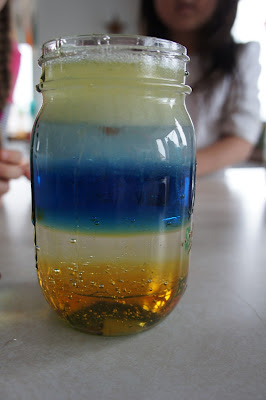 But they loved it even more when we started to drop different objects in and guess what layer they would stop at.
Look at those smiles. 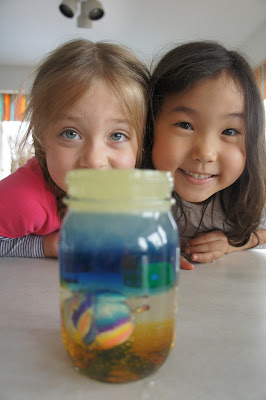 It was a long week and I am tired and suffering from a cold, but we all had a lot of fun.
Labels: science