A has been doing a lot of story writing lately. She likes to write on small paper she says "because I feel like I have accomplished something. I can actually write books this way." She kept finding sticky pads to write on, so I went ahead and cut her some paper that she can write on and then we made it into a book for her. She was thrilled.

The last "book" she wrote is entitled
A Duck's Life
She illustrated it as well. I won't post every page, just those with her illustrations.
The story (typed just as she wrote it) is below as well. 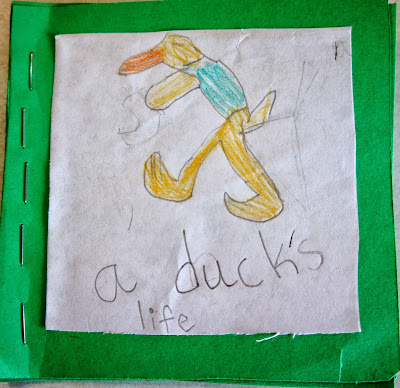 There once was a duck. His name was Binny. He lived on the top of a very tall oak tree. Every day he woke up and ate. He loved his life. It was a very very very happy life. He had a not very exciting life but little did he know that his life was about to change.
One day there was a huge wind. The wind made him sleepy. He took a nap. When he woke up his tree was on it's side. At first he was horrified but then he cried. He was very sad. He started to pack. It was heavy. He decided to fly high in the sky so he could see the land from above. He flew over and past lakes, mountains, and streams. Soon he was tired and stopped to rest. When he woke up he was ready to move on for a little while. He soon got hungry. He stopped to eat. He ate dragonfly wings and nats. Then he flew up up and away.
On his journey he met a mother owl and her baby. They talked a little while. After that he decided that they should go together. They moved on . Flying began to be much harder as the wind picked up. Soon they stopped to rest in a cave.
The cave was small and cozy. They decided that a cave was a great new home. They started to make nests. When the weather got better they went out to get grass and hay. When they came back they finished their nests.  They lived happily ever after! 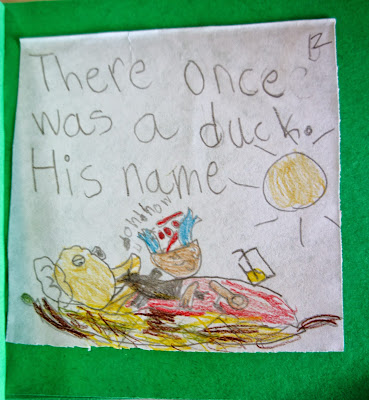 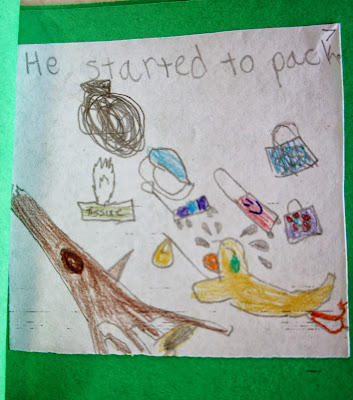 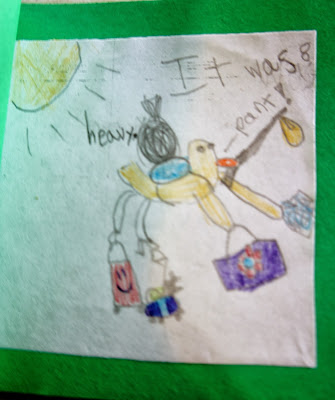 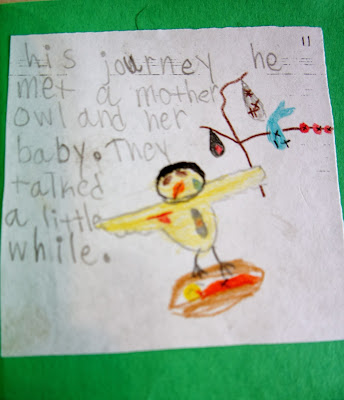 Another short story she wrote is...
The Story of the Lost Princess 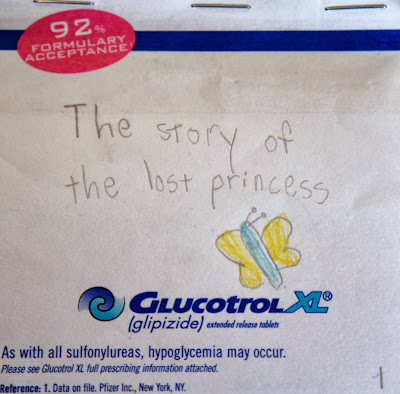 The Story of the Lost Princess

There once was a princess who had lots and lots of treasures. She also had lots of pets.She loved her pets very very much.
Once two of her pets ran away! She ran after her pets. She ran deep into the forest. The sun started to set and it was cold. She ran all night till she dropped and fell asleep. When she woke up she saw a fairy queen. The fairy queen asked what ailed her. She told her. She helped her find her puppies and then the fairy queen took the princess to her tower for breakfast.
The fairy led her to the tower. They enjoyed a nice meal of nuts and berries then the queen took the princess and her puppies back home.
The End.

On another note, Sunday we had some pretty nice weather for the beginning of October. Dh got out and went salmon fishing with a friend and brought home 2 silver salmon. I put up 8 fillets for our family.
Awesome! 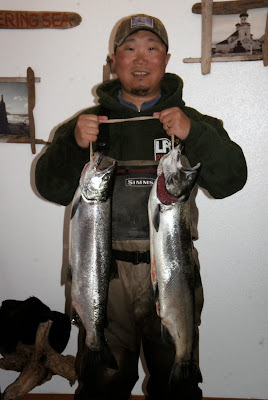 A was already in her pj's when he came home, but you can really tell how big these fish are in this pic. 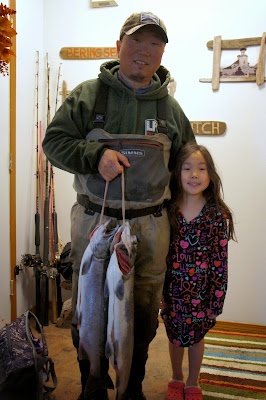 While DH was out fishing, A and I headed out in the tundra behind the house and picked a bunch of ripe lingonberries (know locally as cranberries). Perfect for putting up for winter. 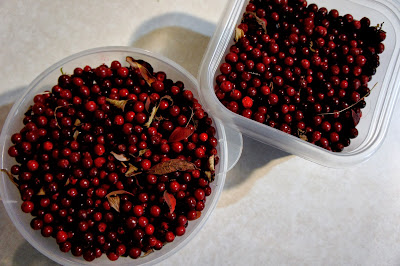 Today was nasty, rainy, and windy. Gusts close to 60mph and sustained wind near 30mph for most of the day with blowing rains. We stayed in and enjoyed our warm and cozy house.

Well, I am off to bed now. Good night all!
Labels: subsistence Writing