Hello all. I have been meaning to post about what we have been doing lately in school. We have been having a lot of fun and learning a lot along the way.

We are studying earth science this year, and we decided to start off the year by studying mapping. We read about maps, looked at maps of all kinds, and then made our own.

A decided on Town Park for our location, so we headed there and she got to work. 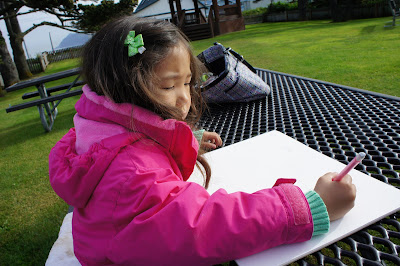 She did a great job, and was so proud of herself. 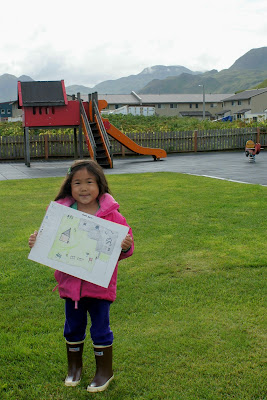 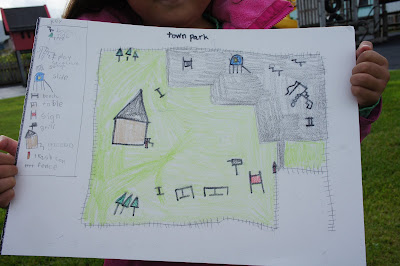 We also talked explored weather a map of the earth is just the globe spread flat....using and orange of course. 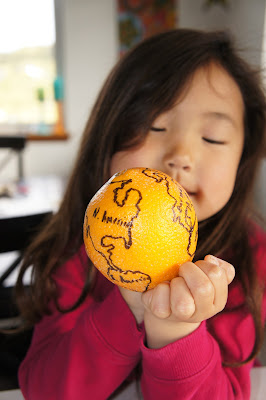 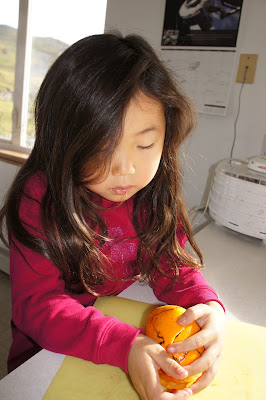 and surprise...it doesn't. So then we spoke about how map making has to compensate for the curvature of the earth. 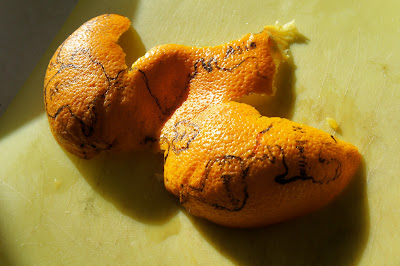 After mapping, we moved on to weather. We have started off studying the atmosphere, air, and pressure.
We have watched several videos from BrainPop (which I can not recommend strongly enough as a resource!)
We did an experiment to see if air has weight which I didn't take pictures of, but that involved a thin rod, 2 balloons and a string. We proved A's hypothesis that it did.

And we studied air pressure, and demonstrated it by the classic egg in the bottle experiment.

As you see, the egg did not fit of course, so it could not go in. 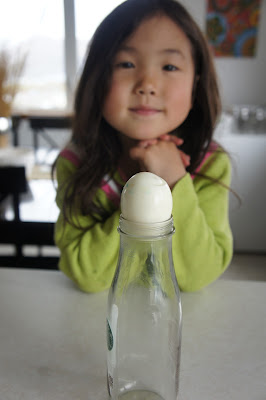 A was fascinated as you can tell by her face! 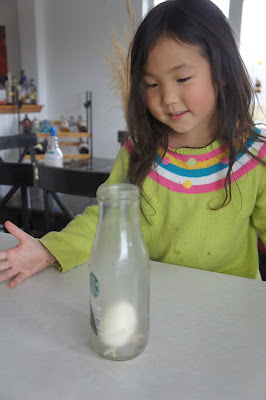 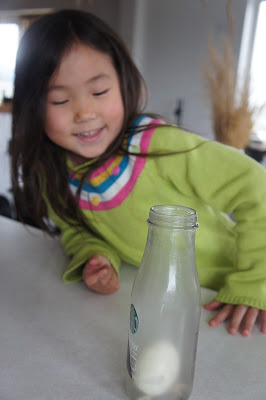 We've been memorizing our multiplication tables in math. And played a fun memory game with the 3 tables the other day. She's also been working on elapsed time word problems, and solving equations with variables. 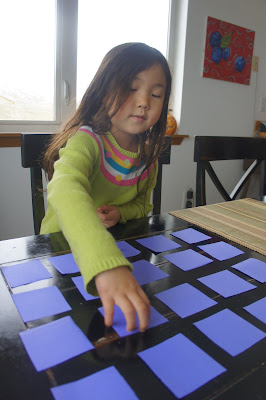 We are almost finished with explores of the New World in American History, and will be starting early settlements and colonial times in the next few weeks. A and I worked on a posted map of the world. I drew the continents and she colored it. Then she has been adding the routes that each explore took as we read about them. She was fascinated by Hudson's second voyage and how his crew mutinied against him and left him stranded in a small boat off the coast of Canada. I caught her telling DH about it several days later. 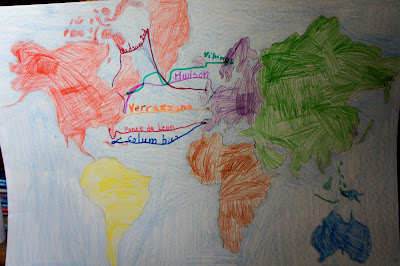 For language arts, we have switched curriculum  and A is in love. We are now using 3rd Language Arts: Tracking Down Good Grammar by Winter Promise. A can't wait to use this and dives right in everyday. It was the best money I spent this year. If your looking for something new, I highly recommend it.

And well, we've been reading of course. A always has her nose in a book. She just finished Charlie and The Chocolate Factory, is almost done with Ramona the Pest, just started Ralph S. Mouse, and is in the middle of Pocahontas and The Stranger for history.

Alright, that's a small glimpse into what we have been doing. I am going to try to post more frequent homeschool updates, but sometimes life just gets in the way.

Have a good night everyone.
PS...there may be typos..it's late, I'm tired, and I had to take several of my medicines to get rid of the awful migraine that the weather triggered for me today.

Gill - That British Woman said…
I feel your pain with migraines, the pressure (weather) is a killer for me as well.

What grade is A studying now?