Smells like fish, the stores are bare, there is no milk, bread, or juice on the island, and there are about 5,000 more people milling around.....it can only mean one thing.....fishing season has started. 10 full flights a day in bringing in captains, crews, and processors. Pollock season and Opelio Crab, so the Deadliest Catch crews are back. In fact when we picked up Dh from the airport, several crew members were on his plane, and the captain of the Northwestern had just arrived and they were filming him talking to one of the late Captain Phil's sons. The processing plants are going at full steam, so a smell of fish hangs in the air now. You get used to it, its the smell of money to the town, so it is a good thing. The clinic is busy, DH is busy, and A and I are trying to take advantage of the nice days when we have them. DH is feeling better, and he spent the whole day Saturdat with us even though he really needed to head into the office. So today he headed in for a couple of hours.

But Saturday was nice. Mid 30's with no wind (well, Dutch Harbor no wind, which means blowing about 10-15mph). There is a mountain behind our house....we live way up, then the mountain rises up behind us. We decided to go hiking in the morning. We ALMOST made it to the top of the ridge. We were about 30 feet from the top I would guess. The rest of the way was an almost vertical assent covered in ice, so we didn't risk it with A. Took us about an hour or so to get up there, but the views were amazing. Going to try to get to the summit this summer. We slid most of the way down on our bottoms which had to be A's favorite part. Just a wonderful day.

Dad and A headed up the path behind the house. 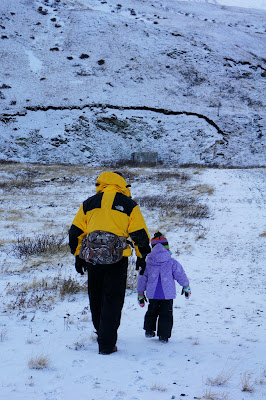 Unalaska Lake with the Bering Sea in the background. This is the view from right up from our house. 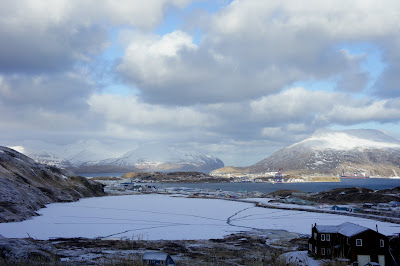 What's that I see? Fox prints! 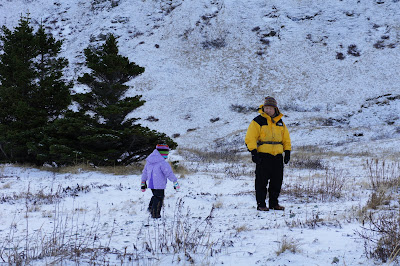 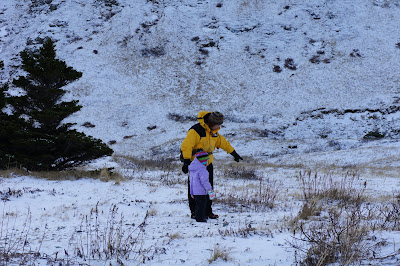 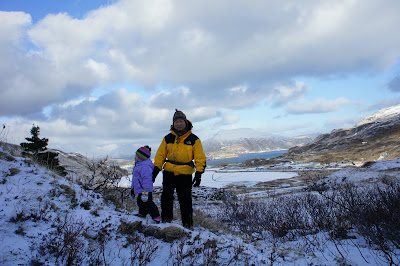 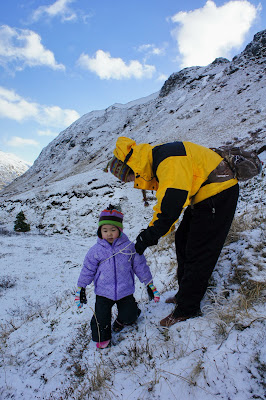 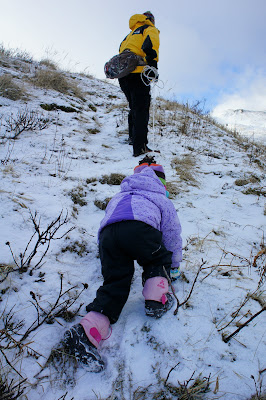 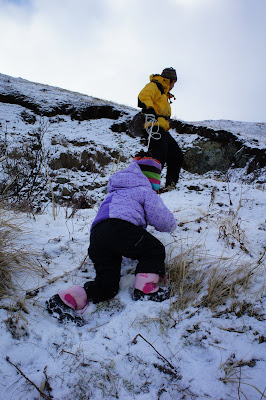 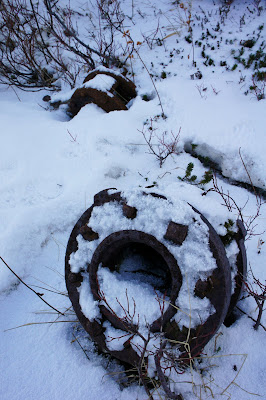 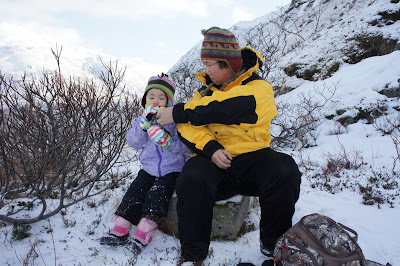 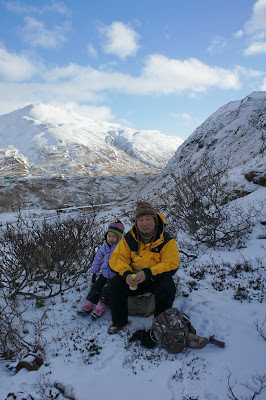 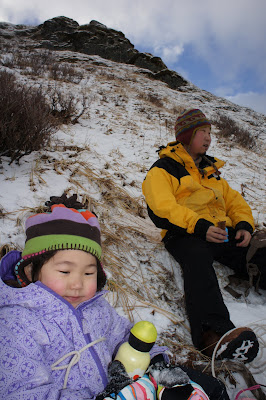 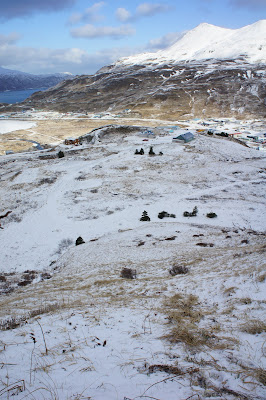 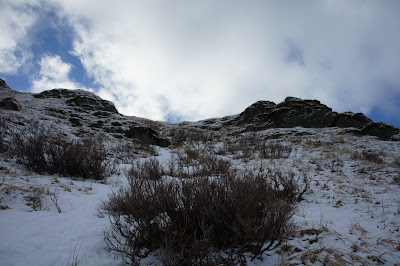 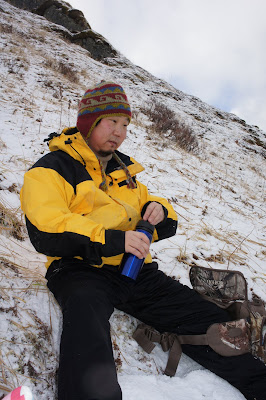 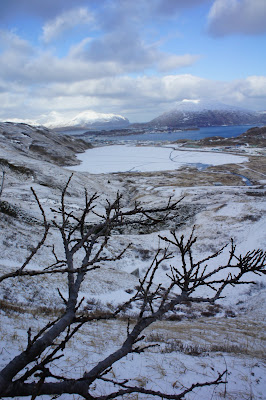 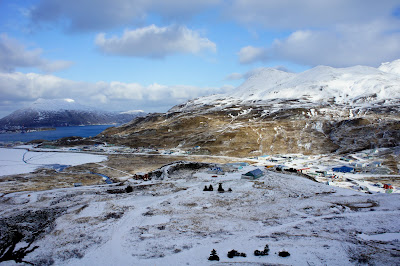 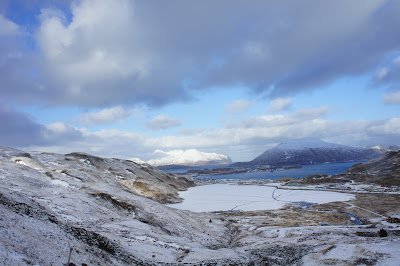 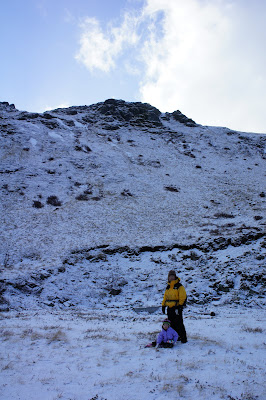 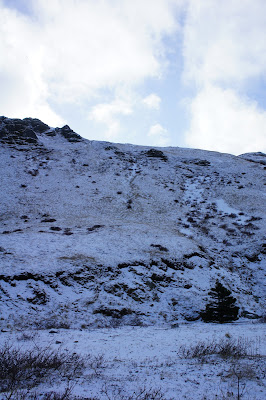 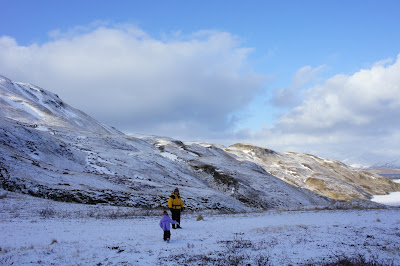 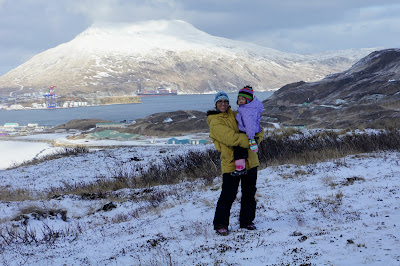 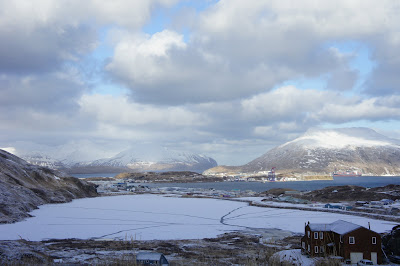 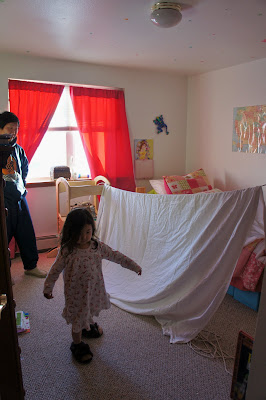 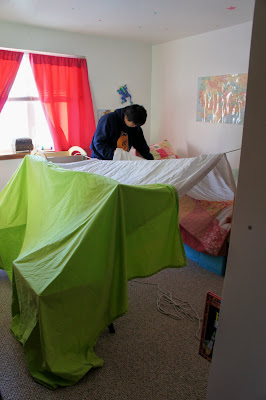 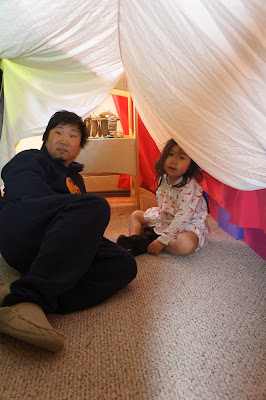