Soccer and a tour of the Russian Orthodox Church

This week was a pretty busy one for us. A had soccer every morning and we had a lot of fun getting out and enjoying some decent weather. Thursday was a beautiful day. We started out the morning as usual, by heading to A's soccer camp put on by our PCR. 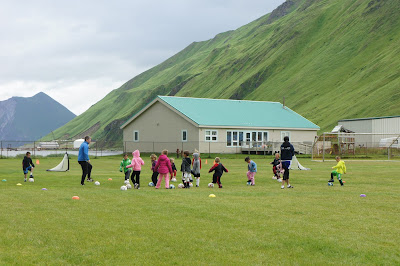 As you can tell, it was a little chilly, but the kids still had a lot of fun.
You got to love Alaskan summers! 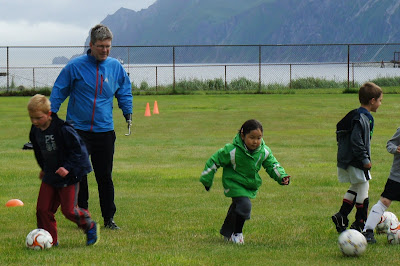 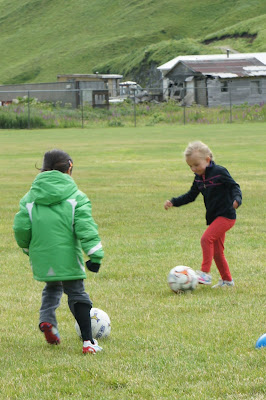 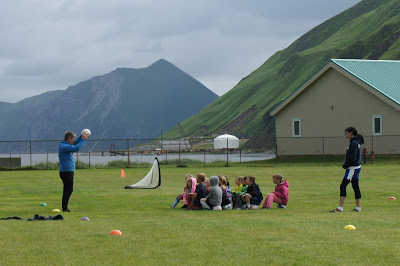 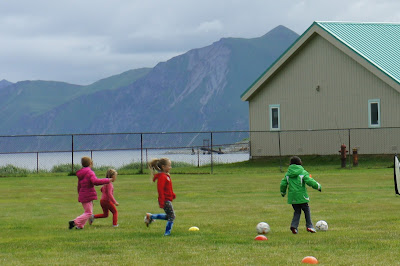 Right after soccer, we headed over to the beautiful Russian Orthodox Church.
A friend of of ours (who was also A's Unangan camp leader) posted on facebook that she was doing a tour for a few people, and asked if any locals wanted to tag along.
I have always wanted to see the inside of this beautiful church so I was greatfull for the opportunity.

No photographs are allowed inside, but let me say it was an amazing experience. Sharon has so much knowledge to share. It was truly a gift. 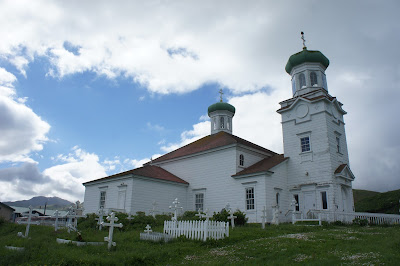 The church houses over 700 icons, some from Catherine the Great and even the last tzar of Russia.
The Unangan's religion was lost as the Russians entered the scene and their population was descimated by disease and brutality. The remaining Unangans converted to Russian Orthodox. It is still the main religion of the native Unalaskans.

When the Unangan's were force evacuated and dropped off at an abondoned cannery during WWII, they took preemptave steps to protect their religious icons. They packed many in crates and buried them in the tundra for safe keeping, Others they packed in the one suitcase they were each allowed to take with them. When they returned, while the church had been damaged and their houses ransacked, their icons were safe.

Over the years they have restored the church and are working toward the restoration of all their icons. It is beautiful inside and you really feel the prescense of God.

I did take some pics of A outside on the beautiful grounds. 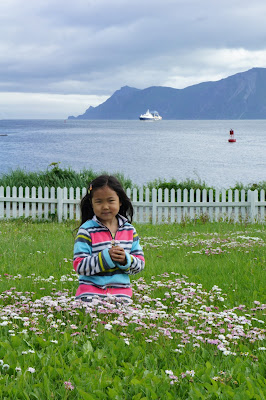 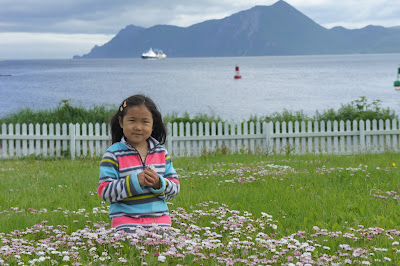 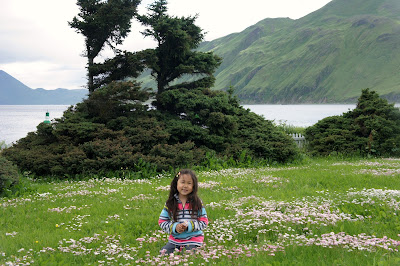 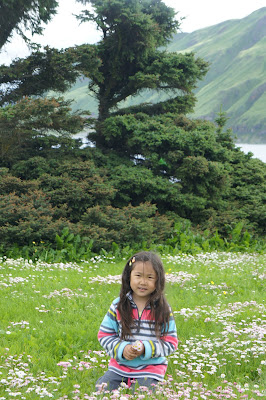 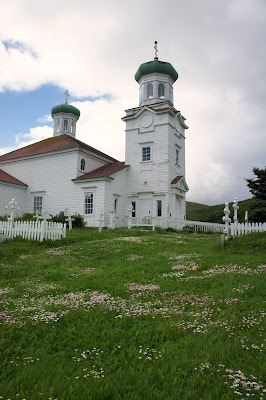 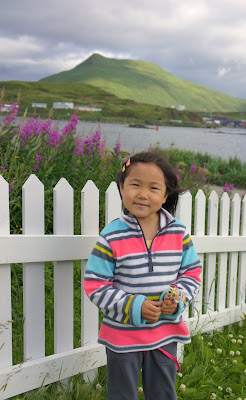 It was a great day. We even went out and harvested fireweed (that purple flower behind A in this pic) and made our first batch of fireweed jelly.
Beautiful.
Labels: field trips unalaska

Tammy said…
What a lovely day!
Thanks so much for sharing about the church, I love history like that.
And the pics of A are beautiful. What an amazing place you live!
August 10, 2013 at 8:28 PM