What a fun Dutch Harbor weekend. It started out as spring and ended in winter LOL. Saturday morning we woke up to the foxes having a field day on our porch. They thought it was spring and were all riled up. At one point there were 5 in front of the house. 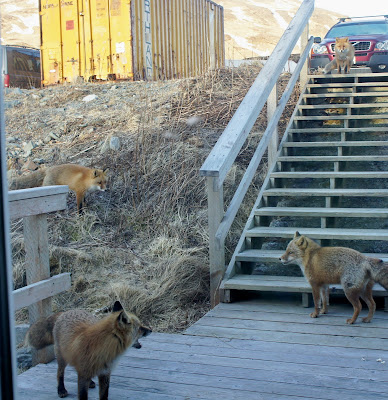 As I said...they thought it was spring, and well from inside the house getting brunch ready for the interviewees at Dh's office to come over and eat, I heard quite a racket of yipping and howling. To my surprise this is what I saw. Yep...foxes mating right in front of the house. The had an audience to....at one point 3 other foxes surrounded them and were howling. Very strange sight. 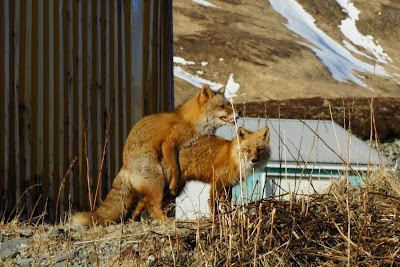 Even the elusive black fox came out to play. It's crazy how interested they are in "the humans" LOL. 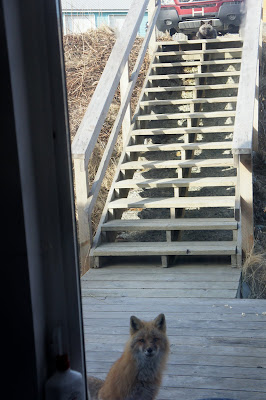 We had a nice brunch and then after our guests left we headed out to try to find the wild horses again, but didn't manage to see them this time.... (Did I ever post pics on here or just of facebook....hmm I should check that LOL) 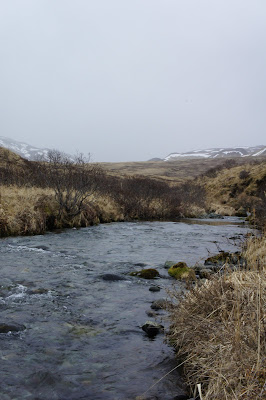 Instead we explored the icy stream. 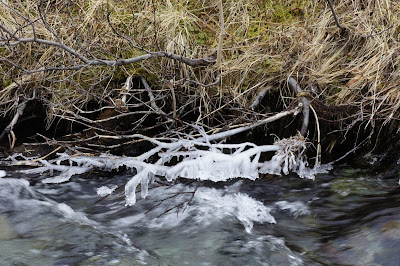 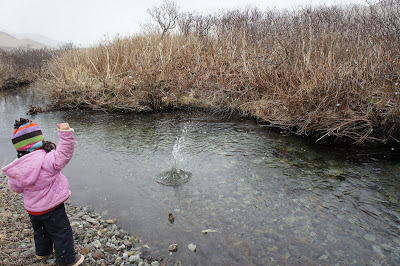 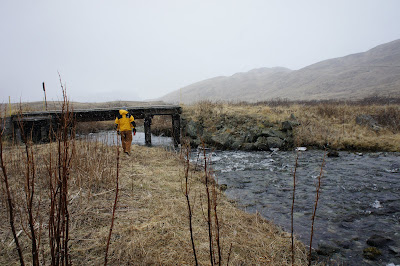 And it started to snow. 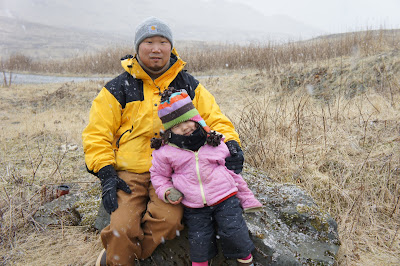 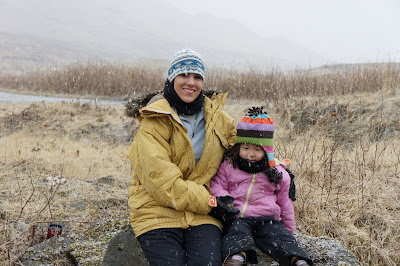 And snow. LOL. We found a small frozen puddle frozen solid enough for A to "skate" on. Which she was thrilled with because the one want she has so greatly is to be able to ice skate on a pond. They just don't freeze over here thick enough. 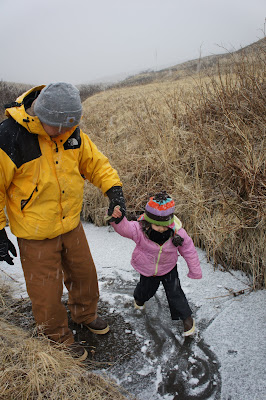 And well, 30 mins later, there was close to an inch on the ground. That's the Bering Sea right past the beach, can't see it for how hard the snow was coming down. 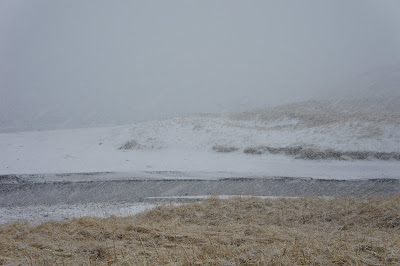 By the time we got back to the house the sun was back out, and it was glorious. 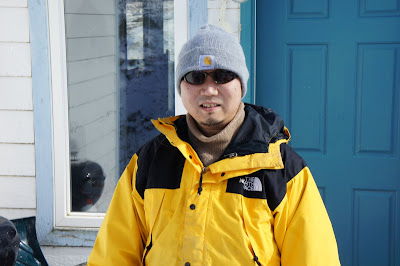 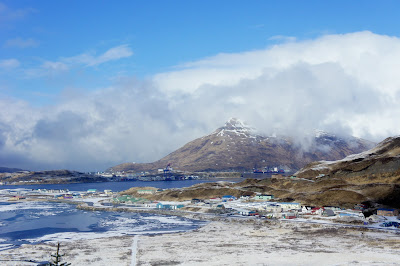 We played with blocks... 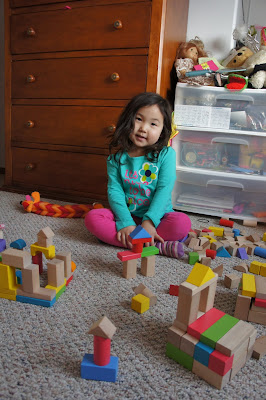 and acted kookie as usual. LOL 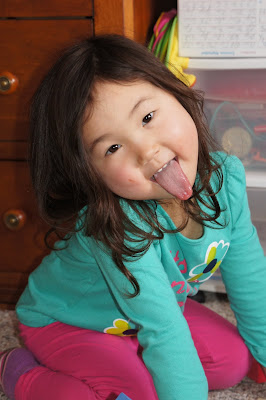 A went out and played in the snow and this little guy was watching her. 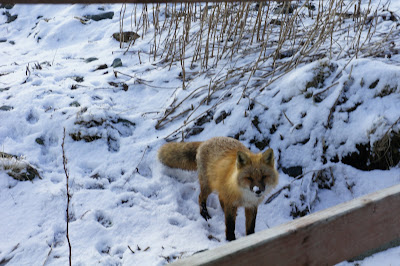 She left a cup of hot chocolate out on the porch and I heard a noise. I had to chase the fox to get my mug back. Apparently foxes like hot chocolate and can carry off mugs LOL. 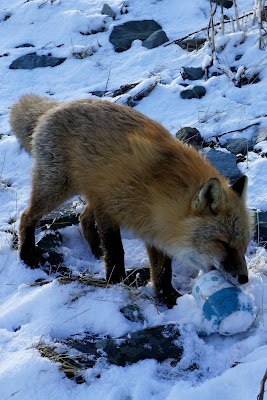 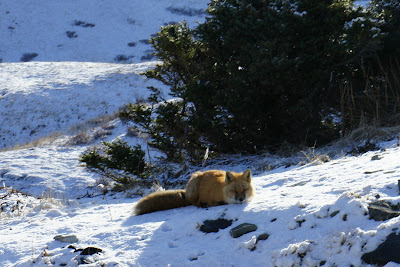 On Sunday Dh went with a friend to pull crab pots. We now have 25lbs of crab in the freezer! Yea!!! When they got back, A and I met them at the warehouse and cooked some crab. Oh it is so much fun. What an adventure living here is. 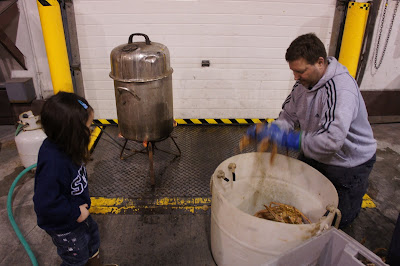 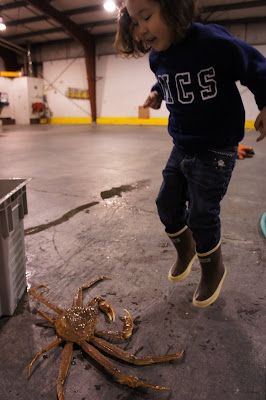 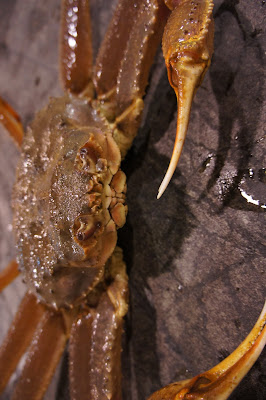 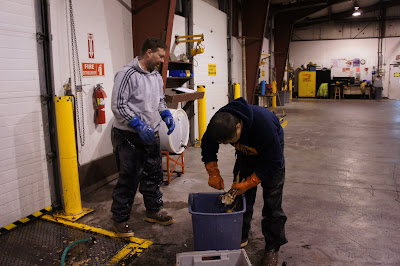 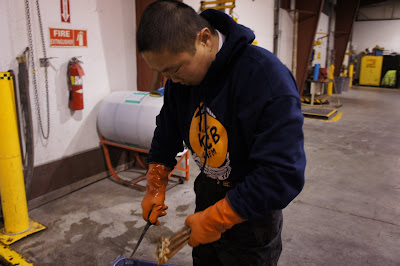 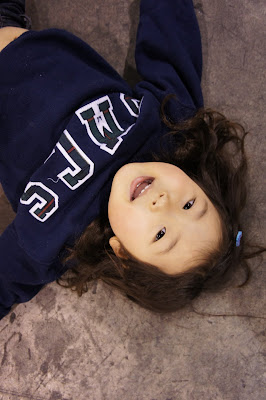 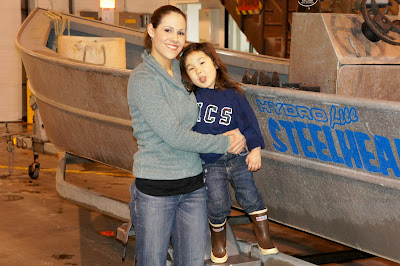 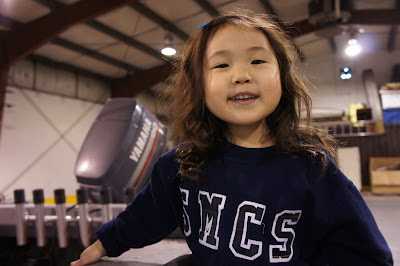 So much fun. It was a great weekend. Living here truly is an adventure.