I have to say that Halloween is not one of my favorite Holidays, but it is one step closer to Thanksgiving and Christmas and the kids LOVE it of course.

I try to make every holiday special and Halloween is no different.

Yesterday Little W and I made a candy corn mosaic.
He had so much fun ripping the paper and gluing the pieces on. 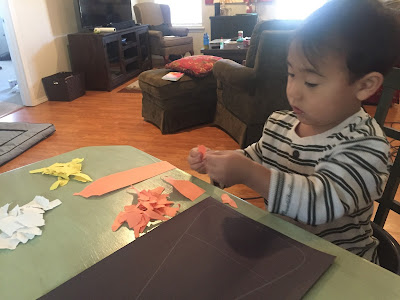 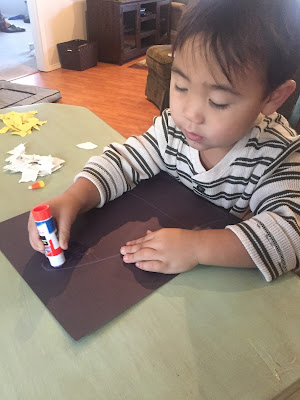 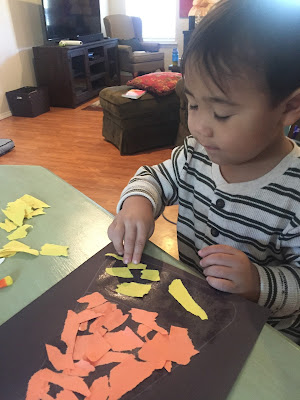 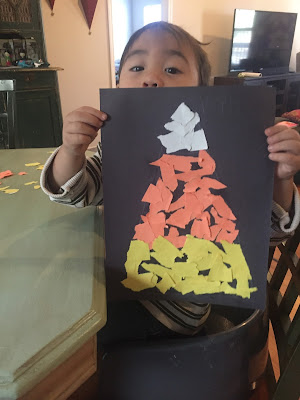 We then had to do the obligatory pumpkin carving.
Dad did the icky part as I break out in hives from touching pumpkin guts. 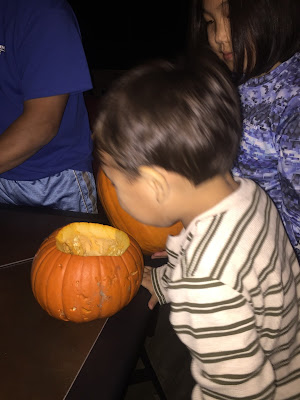 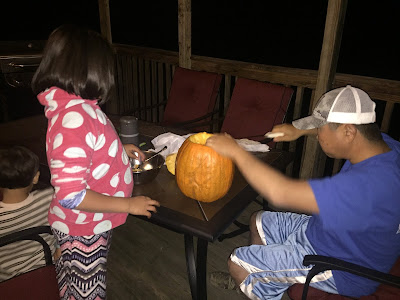 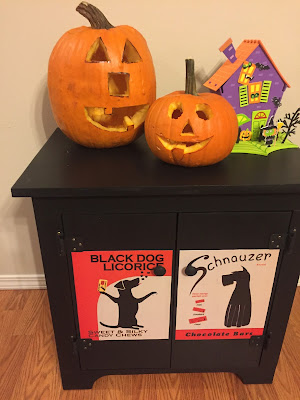 Little W got to work on his fine motor skills Halloween style with these spooky tracing worksheets, pumpkin math, and pumpkin number tracing. 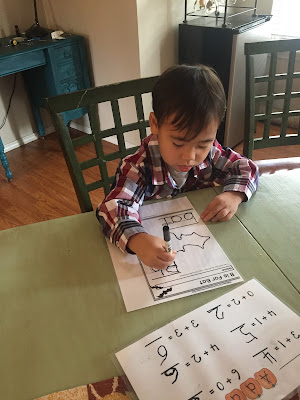 I started off this morning with a pretty hilarious "welcome to Halloween homeschool" speech which had both kids cracking up and A reaching for her I-Pad to record me.
Dad got a kick out of that when she showed him tonight.

A and I took a break from her typical school and focused on Zombies and Edgar Allen Poe.

I found an awesome article on Teachers Pay Teachers relating real life diseases, viruses, and brain damage to Zombie type behavior.
It was right up her alley!
After reading it, I told her that she only had time to grab three things from the Mall before the Zombie Apocalypse took over.
She had to tell me why she chose those things AND use evidence from the article she read to support her choices!
She had a great time and this is what she came up with. 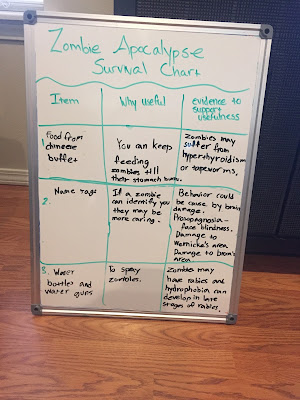 We learned a little bit about Poe and the American Gothic genre.
I read aloud two of his short stories; The Tell-Tale Heart and The Black Cat.
She was enthralled and just a little creeped out. It is Halloween after all.
After listening to The Black Cat, I asked her to retell the story in a comic strip.
She loved this idea and while the comic is definitely a bit disturbing, (I mean have you read that story?!), She definitely got the point across. 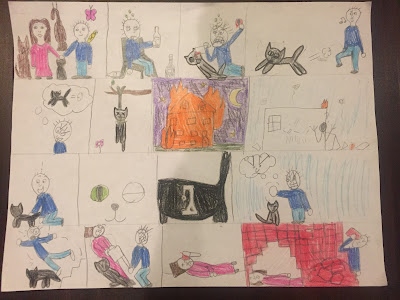 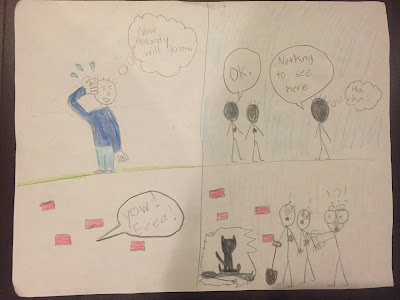 Of course, it's not Halloween with out Trick-or-Treating.
We got a good bit in before the rain started.
I had a Robin and a witch.
Little W had to tell everyone that "Robin is Batman's guy"
He had a blast, although by the end he decided he didn't like being a costume that everyone knew, and next year he wants to be something he "has to explain."
Great! LOL 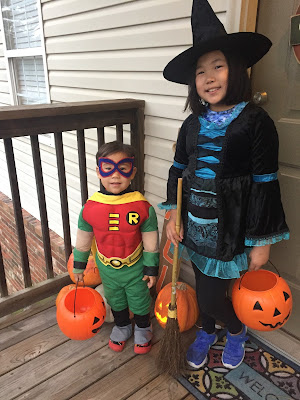 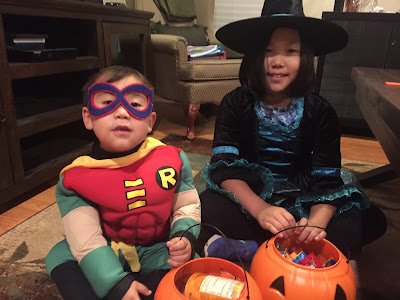 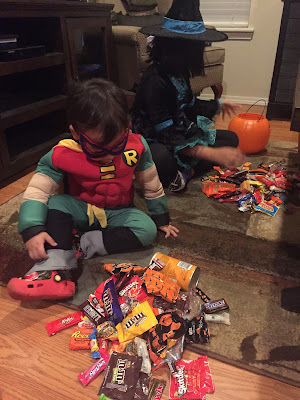 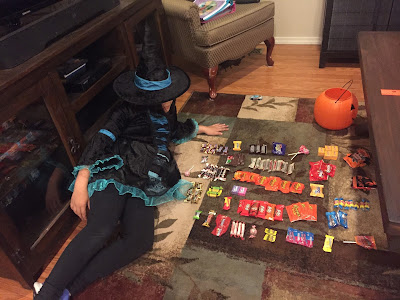