It's Spring in Northern Montana!
The leaves are out, wildflowers are blooming, and the rivers are running high from snow melt.
Friday afternoon we headed over to the other side of the mountains to run some errands and on the way home we stopped and played at some of our favorite places.

We stopped at the Middle Fork of the Flathead River and played, cooked some dinner, and explored before heading back over the divide. 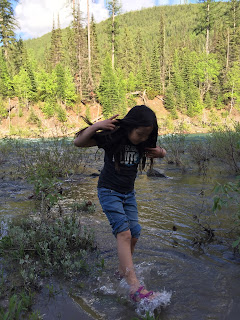 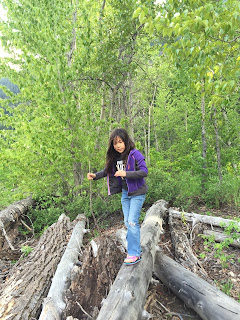 It still amazes me that this beauty is just minutes from my house.
The water was high, the air was crisp, and the sky was a beautiful blue. 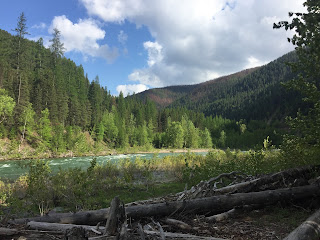 Look how big my little guy has gotten! He is into everything now. Talking in sentences, counting to 10, knows all his colors.... he's going to be 2 at the end of this month! 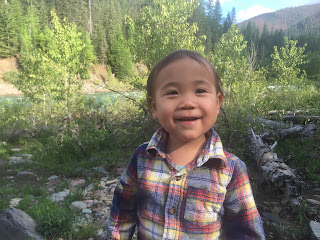 I love our nature walks, and while I miss having the tundra right out our door, it's wonderful to see all that the world has to offer her.
It's been really wet and rainy for this area, so we found lots of mushrooms. 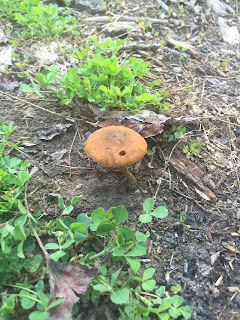 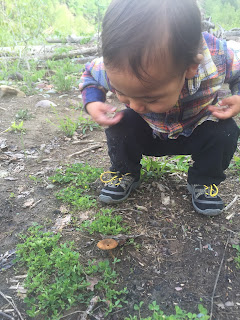 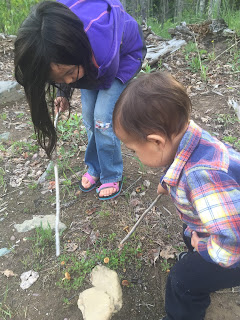 We saw deer prints and even a few bear prints. Makes me a bit nervous. One of my friends had quite an encounter with a grizzly while out hiking with her family a few weeks ago.
We won't let it deter us though. I had the bear spray on me and Ansley has been taught how to use it as well. 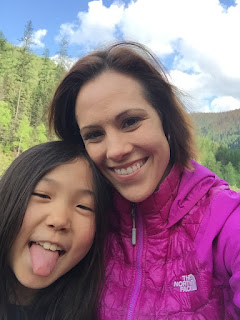 We even found some wild strawberries plants!
Lots of them, so I guess I know where to go picking this year.... if the bears don't get them first. 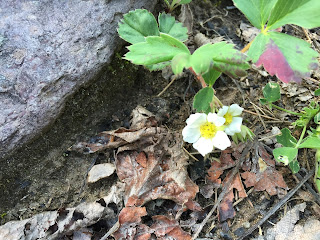 Little W is obsessed with wishing flowers right now. He tries his hardest to blow them, but usually gives up and just tears them apart. 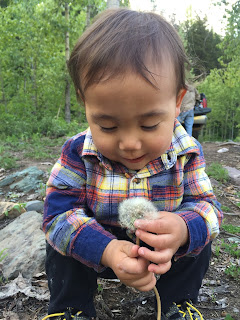 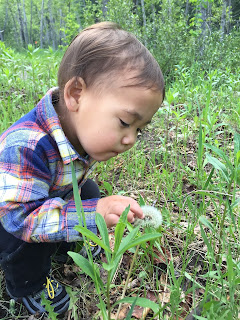 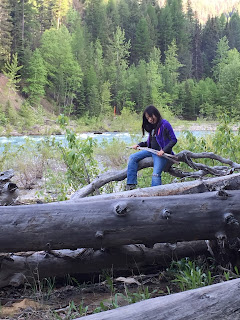 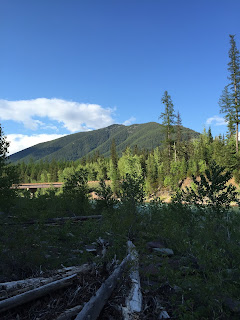 A has a shadow and he follows her everywhere. I'll give you one guess who that would be ;) 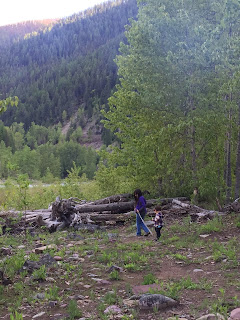 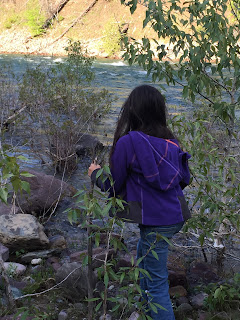 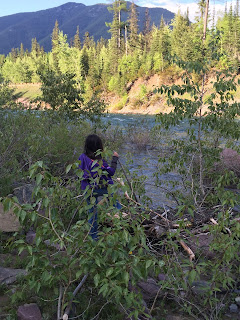 I can't believe how big A has gotten. 9 years have flown by in the blink of an eye. 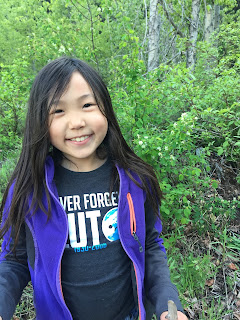 We found evidence of beavers everywhere we looked along the river. That was pretty awesome to see first hand. 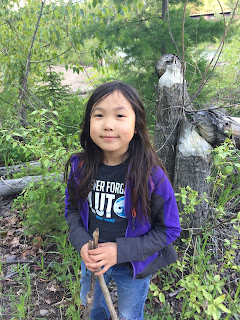 On the way home we stopped at our favorite waterfall.
It was really going. It's fed by snow melt and it was beautiful this time of year. 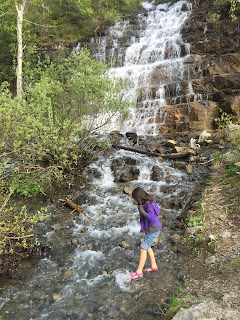 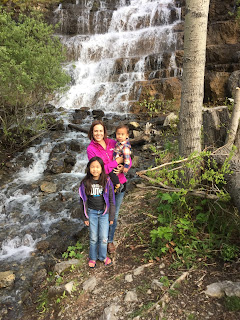 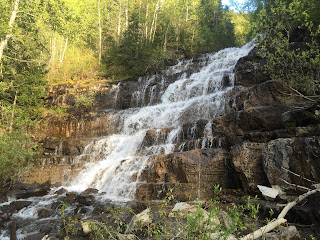 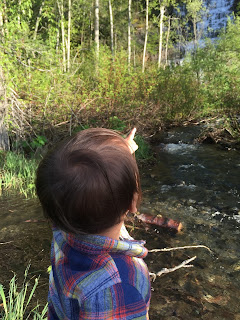 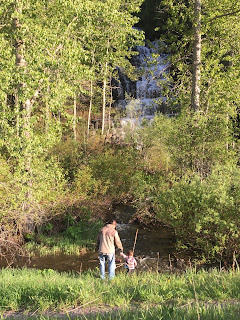 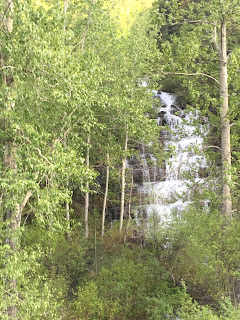 Both their feet were freezing as we left the mountains behind us. 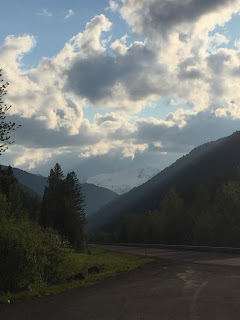