Back in the groove

Well we're back in the groove of things. Back to official homeschooling after the holiday break. We only had a 4 day week last week as the local school here was off on Friday and A spent the day playing with a friend. We will have a short week again this week since we didn't do school Monday. Dh took A skiing, but that's another post!

For now, I'd thought I'd give you a little peek into what school has looked like here and evaluate what's been working so far!

We are still loving Spanish with Middlebury Interactive. A completes lessons several times a week. The interface is fun, engaging, and she is definitely retaining things! 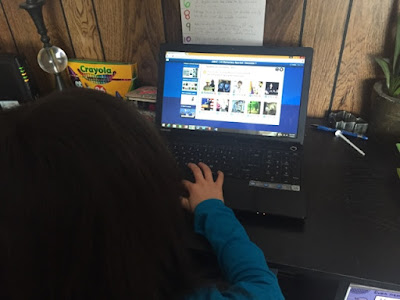 Of course a great deal of the day is spent reading. She's currently working her way through "Little Women",several books she was gifted for Christmas, a book of Greek Myths and a book on the Trojan War. Our read aloud is "Bridge to Tarabithia " 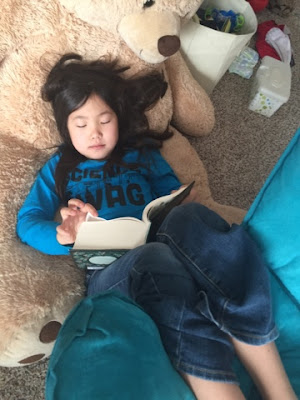 Here is some of the work from a lesson last week. I love how much A loves math. To see her smile and proclaim "this is awesome!" warms my heart! 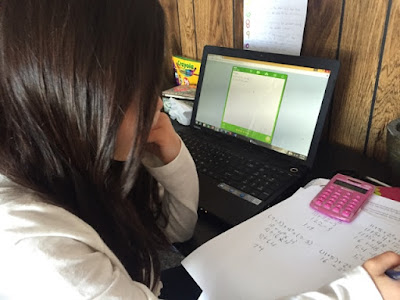 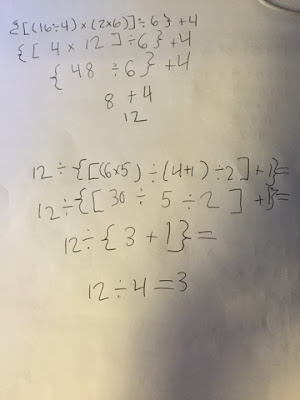 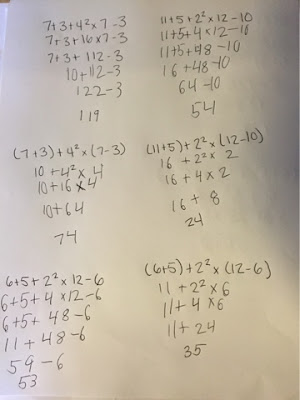 Science is something I struggle with. Not personally as it has always been a passion of mine, but finding a curriculum we like has been tough. So much out there for homeschool is not secular. Now I don't mind some religious based products, but for science I really want secular!

Let me tell you that is hard to find. A and I were very excited believing we had found a Charlotte Mason inspired middle school science curriculum just to order it and find out that the daily readings read like a bible study and included very little actual science. Sigh. So we are on to using Princton Hall's explorer series which is designed for the classroom. We are coupling it with Oak Meadow's 7th grade science and lots of hands on projects. So far, so good. 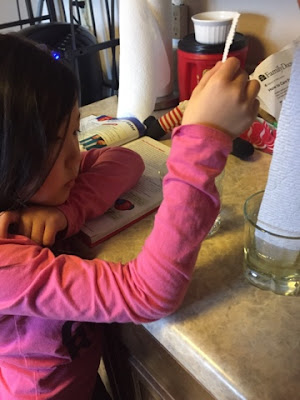 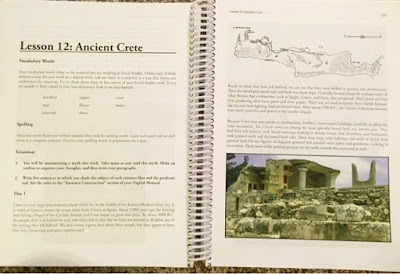 A read and summarized the myth of the Minotaur. 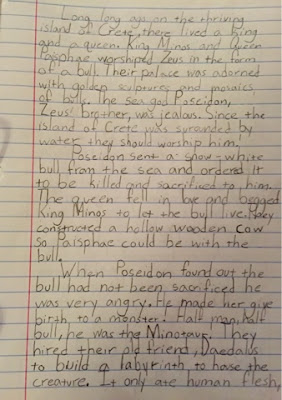 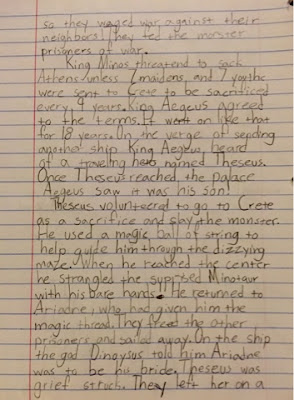 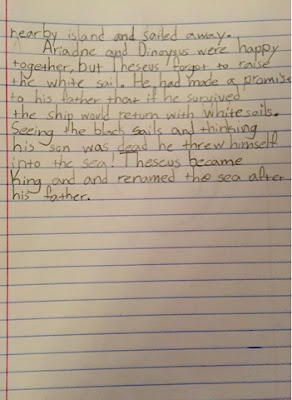 She learned to draw a classic spiral labyrinth and then designed her own more complex one. 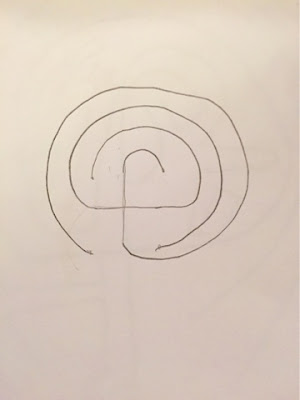 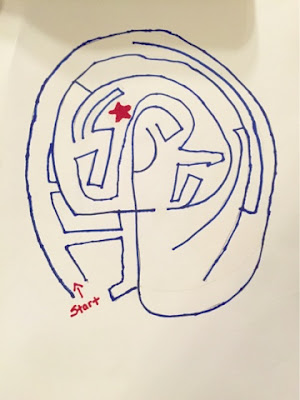 She also wrote a poem based off the story of Icarus and Daedalus. She titled it, The Fall of Icarus and included an illustration. 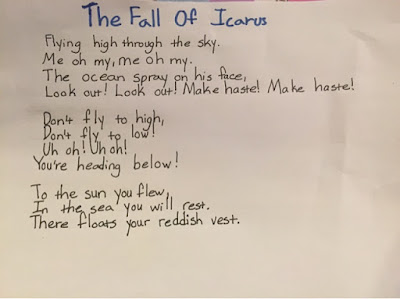 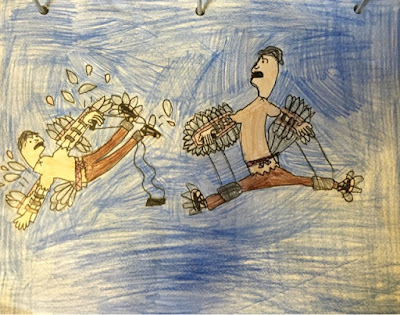 This week we have started the study of Ancient Greece and she is working her way through the story of the Trojan War. Here is her illustration of Paris having to decide who was most beautiful and would receive the apple. 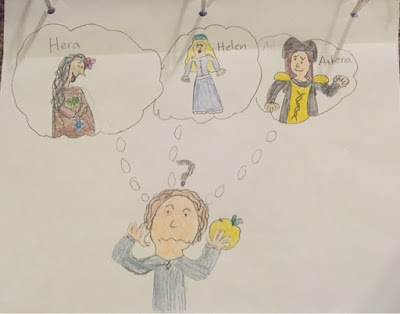 And last but not least, A's new violin arrived and she had been practicing everyday. 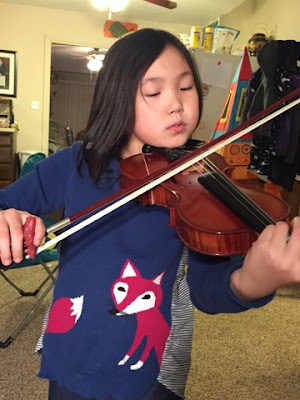 Our days are full and busy, but we seem to have found a rhythm that works for us. Thanks for stopping by!

Joyful Learner said…
I'm with you on not being able to find a good science curriculum.

Tammy said…
That's wonderful! She is doing so well. I love updates on your family.

I have a question. How did you handle A's learning/homeschooling when she was 2 years old? I have a 2E (hyperactive) 2-year old son. He is enrolled in a school for giftedness but I homeschool him (have been doing so since he was 5 months old). He is starting to dislike his school worksheets and books. When I read him the lessons, he plays around or ignores me but when I ask him questions, he will give me the right answers...even days after the lesson. I am trying to incorporate activities/projects/play into our learning and they really help but I am running out of ideas! What techniques or methods did you use when A was at that age? Thank you so much and I'm so glad I found your blog! It's a big help!
February 4, 2016 at 1:21 AM

Amanda said…
Lady E- at 2 we didn't do many worksheets. I read, read, read to her. Many times every da. We spent tons of time outside exploring, counting things, making letters out of sticks, etc. We watched the Letter Factory DVD and when she expressed an interest in learning to read we did sight word videos as she already knew the letter sounds. We did lots and lots of montessori activities! I hope this helps!
February 16, 2016 at 2:12 PM

Lady E said…
Thank you for answering my question! This will really help. I will look for that Letter Factory DVD and some sight word videos. He already knows many sight words but he seems to dislike learning the letter sounds so I really don't know how to approach reading 'big' words with him. Just the other day, his dad typed a few color names on Word and he read all of them correctly. It was a surprise as I haven't taught him color names yet. I don't know if he already knows letter sounds that is why he is not interested in them anymore or what. Anyway, thank you so much again for your tips and I'll be sure to follow your blog.
February 16, 2016 at 11:09 PM